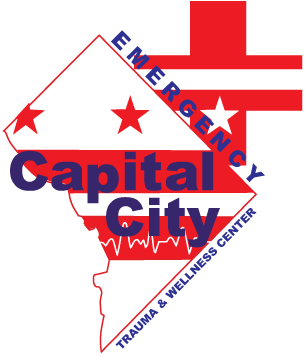 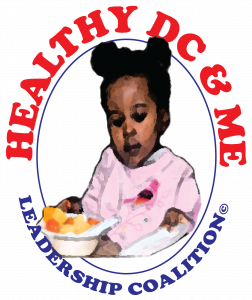 Raising the standards of care
and quality of living for all

Racism in medicine unfortunately remains a reality for many families of color and of lower income statuses across the nation and especially here in the District of Columbia, where systemic oversights in providing proper health care for African American families have contributed to the alarming levels of COVID-19, OPIOID, & Gun Violent deaths.  In Wards 7 & 8 there is a predominance of over 94% of the population who is African American.  Additionally, over 50% of these families manage households and families with less than $15,000 of annual income.   The Healthy D.C. & Me Leadership Coalition is a group of seven (7) community organizations, clergy, & business owners with a vested interest in restoring the proper standards of healthcare for our marginalized citizens who reside “East” of the Anacostia river in Wards 7 & 8 of the Nation’s capital.

The District’s track record with providing appropriate standards of care to include mental health and trauma related resources as well as the management of such for our poorest citizens and senior populations, “East” of the Anacostia river, has to date placed the livelihood of our most vulnerable citizens in a “state of emergency”. The city meanwhile is marching forward with major developmental  projects and infrastructure that do not prove conducive to correcting the dangerous implications that negligent governing has and continues to create for so many families of despair. Black lives should matter beyond the sensationalized media headlines and the sound bites.

The District’s Dr. Edwin C. Chapman, coalition advisor, says, “the D.C. government’s self-admitted, decades long inability to provide sound public health policy and services to its most needy and vulnerable constituents has to end. There is study after study that points to the need for TRUST in communities of color and the role that “cultural” competency plays in positive healthcare outcomes, yet the D.C. government repeatedly rejects the science and consistently contracts with Trump-like corporate outsiders expecting a different result. DC’s health inequities are further compounded by the “social determinants of health”, the District government’s unabated gentrification push, Black intra-classism, and the “brain draining” exodus of Black physicians which now rivals both (1) the Black Covid-19 and opioid death rates (80%) and (2) the rate of displacement of disenfranchised Black residents out of the city. All the above has exacerbated base-line anxiety and depression (PTSD or PTSS) and  is directly related to increased self-medication with drugs/alcohol as well as reactive domestic and community violence”.

"Our coalition’s humble request and proactive approach at soliciting your donation commitments and partnership requests, to stand with us and the citizens of Washington D.C. is very genuine. There are too many citizens in the Nation's Capital who are in dire need of higher standards of comprehensive healthcare resourcing and solid stakeholders who are committed to realizing a true progression of resources, services and a preservation of life, for not only today's low-income, vulnerable citizens here in the District of Columbia but also for future generations to come."

At Capital City Emergency Trauma & Wellness Center patrons with mental health emergencies that include life threatening situations in which an individual is imminently threatening harm to self or others, severely disoriented or out of touch with reality, has a severe inability to function or is otherwise distraught and out of control, will have access to quality and psychiatric emergency services and referrals.

Whether your life threatening medical emergency involves excessive or uncontrollable bleeding, head injury. difficulty with breathing, severe pain, heart attack, vision impairments, stroke, physically collapsing, or seizure related, rest assured that our professionals will properly assess and evaluate the level of response that will be most needed to help provide stabilized care solutions and minimize complications as well as reduce early mortality.

We offer healthcare solutions that will support the whole person which includes their physical, psychological, emotional, social, & spiritual wellbeing. Research supports that because your mental state can affect your overall health we support and offer the inclusion of complimentary and alternative medicine(CAM) practitioners and naturopathic doctor recommendations and referrals as a part of our Outreach Community Resource Center’s care regimen and support.

Emergency care can typically result in traumatic injuries for which rehabilitation becomes an essential component of care in trying to achieve the best long-term outcomes for the patient. In addition to speeding up recovery times and helping to prevent further complications, rehabilitative care also helps to support a patient’s self-managed recovery once discharged from our facility. Our Outreach Community Resource Center works closely with our trauma center’s discharge department to assure that patrons requiring these services are linked with qualified professionals who will be accountable to the standard of care required to help the patron be successful in their recovery.

Our “state of the art” Outreach Community Resource Center intends to promote “expansive” beneficial community enriching services, programs, case management, & linkage to “approved” partner resources and supports in all of the following intended areas and more:

The Healthy DC & Me Leadership Coalition is partnering with the M.I. Mother’s Keeper Mental Health advocacy organization to provide outreach services on the community level as an aid in reducing the existent health inequities that many District citizens are facing as a direct result of the presence of debilitating social determinants and the lack of culturally appropriate care choices and realities for community members residing in marginalized and lower-income communities.

It is the vision and intentions of the M.I. Mother’s Keeper Mental Health Advocates organization to help improve the quality of living for citizens living in our Nation’s Capital and beyond by overseeing the delicate linkage to services and by maintaining higher standards of care accountability for deserving citizens of the Nation’s Capital.

For more information or to enroll as one of our service providers, please email us at:
info@healthydcandme.org